100 years / 2009
11000×10000×H.8000mm / oil clay , speekers, sound sources(old folk songs、life sound、voice of animal etc.)
Echigo-Tsumari Art Triennial 2009
A village in the deep valley of Akiyama village – Ketto. At the gymnasium of the former elementary school which is now a hot spring inn, the ceiling made of the beam of the tree as it was at the time of the school remains. I reconstructed the old material from the dismantled houses, set the whole ceiling as a remote colony, and install sculptures made of colorful oil soil. Sculpture motifs include Echigo-Tsumari and other world-wide private houses. From the ceiling, various life sounds and folk songs that have not been sung are played back, and the Koran echoing the mosque speaks like a rumble of the houses. I really wanted to look into 100 years of space-time from this place in the remote colony, and wanted to make it look like “peeping out” from the other side. Occasionally the wolf’s howling sounds from the ground speaker. The howling of a wolf that may have been a hundred years ago insisted on the existence of a person who disappeared, and it became a switch leading 100 years ago. 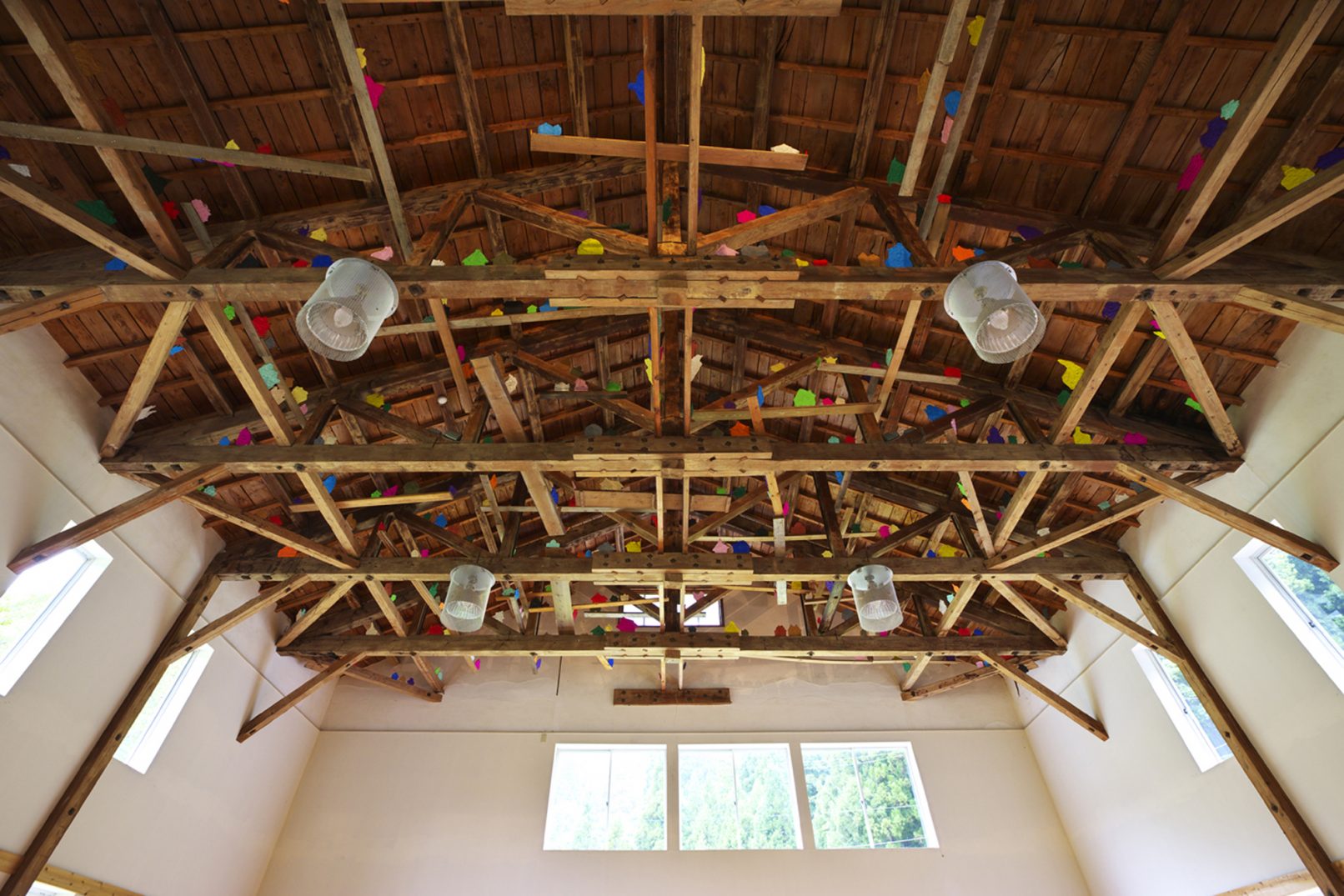 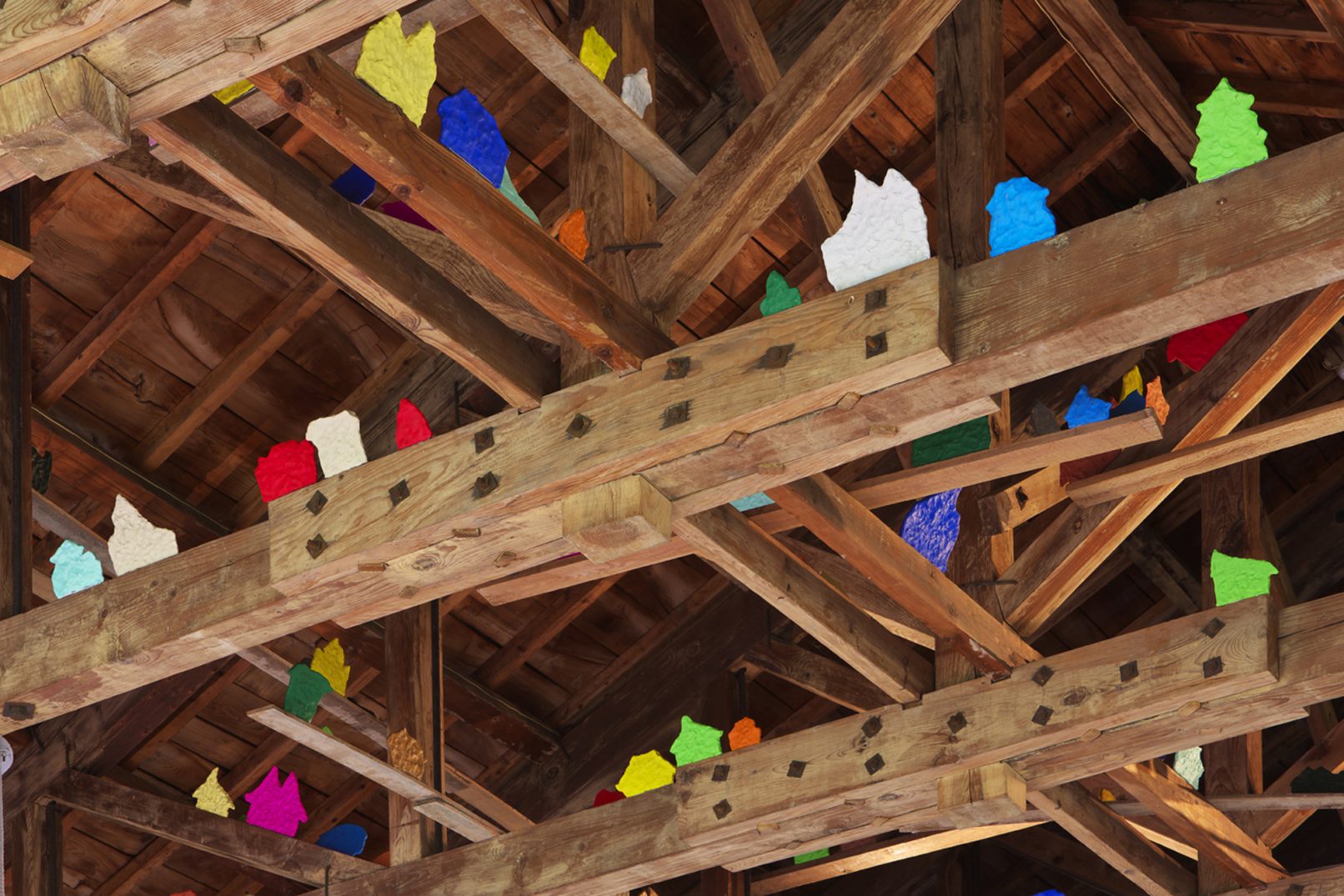